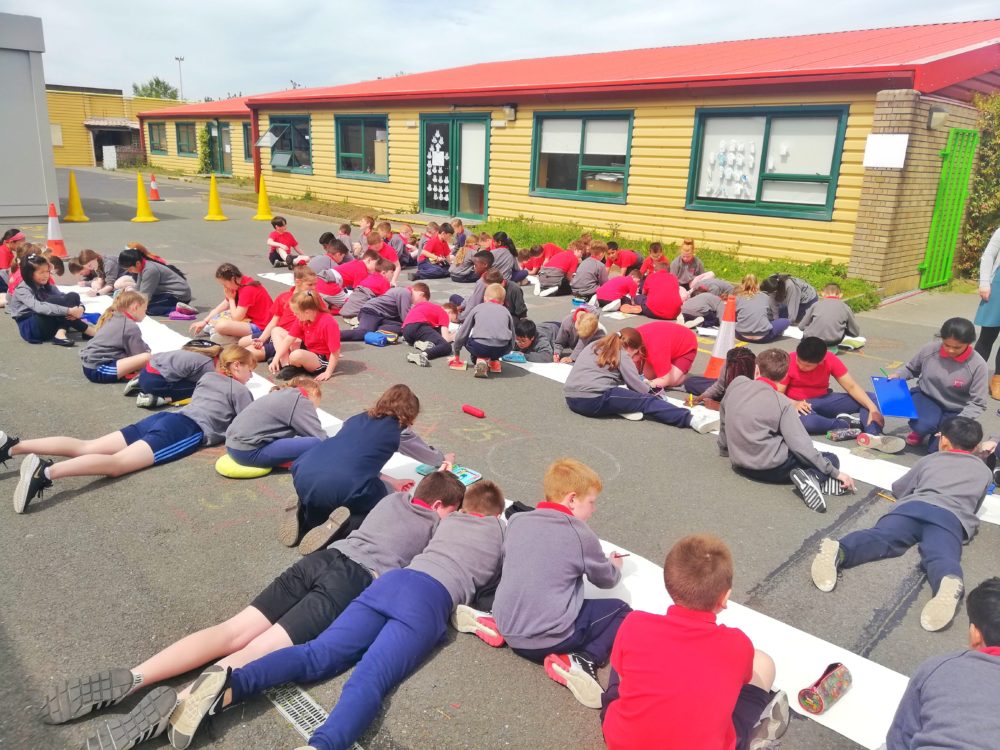 Holy Family SNS had 5 teams taking part in the Swords Credit Union Quiz, which was held in Fingallians GAA clubhouse on Sunday 2 February, 2014. This competition involves the 8 schools in the Swords area. Holy Family have been turning out teams of potential Masterminds for several years and this years competitors after several weeks practice with Mr Lynch did the school proud once again.
Our Junior A team of Ciaran Downes, Keith Daly, Lucas Malone and Megan Appleyard won the U-11 competition and will now go on to compete at the north Dublin final in ALSAA next month.
The Junior B team were 4 at U-11, missing out on the medal spots by just a single point. Unusually this year many of these children are still only in 3 Class and did extremely well in a competition which includes children up to 5 Class. Most will be still U-11 next year and hopefully will be back to do even better in 2015
The U-13 competition was won this year by a very strong Rolestown performance. But our Senior teams put up a good battle with two of Holy Family teams finishing in joint 4, tied on 46pts, just 3 pts outside the Bronze medal position.
Thanks to all the parents who provided transport and to the families for all the support on the day!